The largest employment center in the southeast, the Perimeter Center is notable for its large concentration of corporate office centers and the cluster of hospitals and related healthcare complexes that serves the greater Atlanta region. While these employment anchors attract a daily influx of commuters, the area lacks the housing options and amenities that would enable more employees to live closer to their jobs. The Perimeter Center Small Area Plan positions the Perimeter Center to thrive in the future as a mixed-use district with high-quality housing, neighborhood-serving businesses, and round-the-clock vitality. An expanded street network and new public spaces knit the Perimeter Center together into a cohesive and connected district that supports a range of transportation choices, including better integration of the area’s MARTA transit stations. A centerpiece of the plan is the transformation of Peachtree-Dunwoody Road into a pedestrian- and bicycle-friendly urban boulevard and linear green space that serves as the Perimeter Center’s central spine. 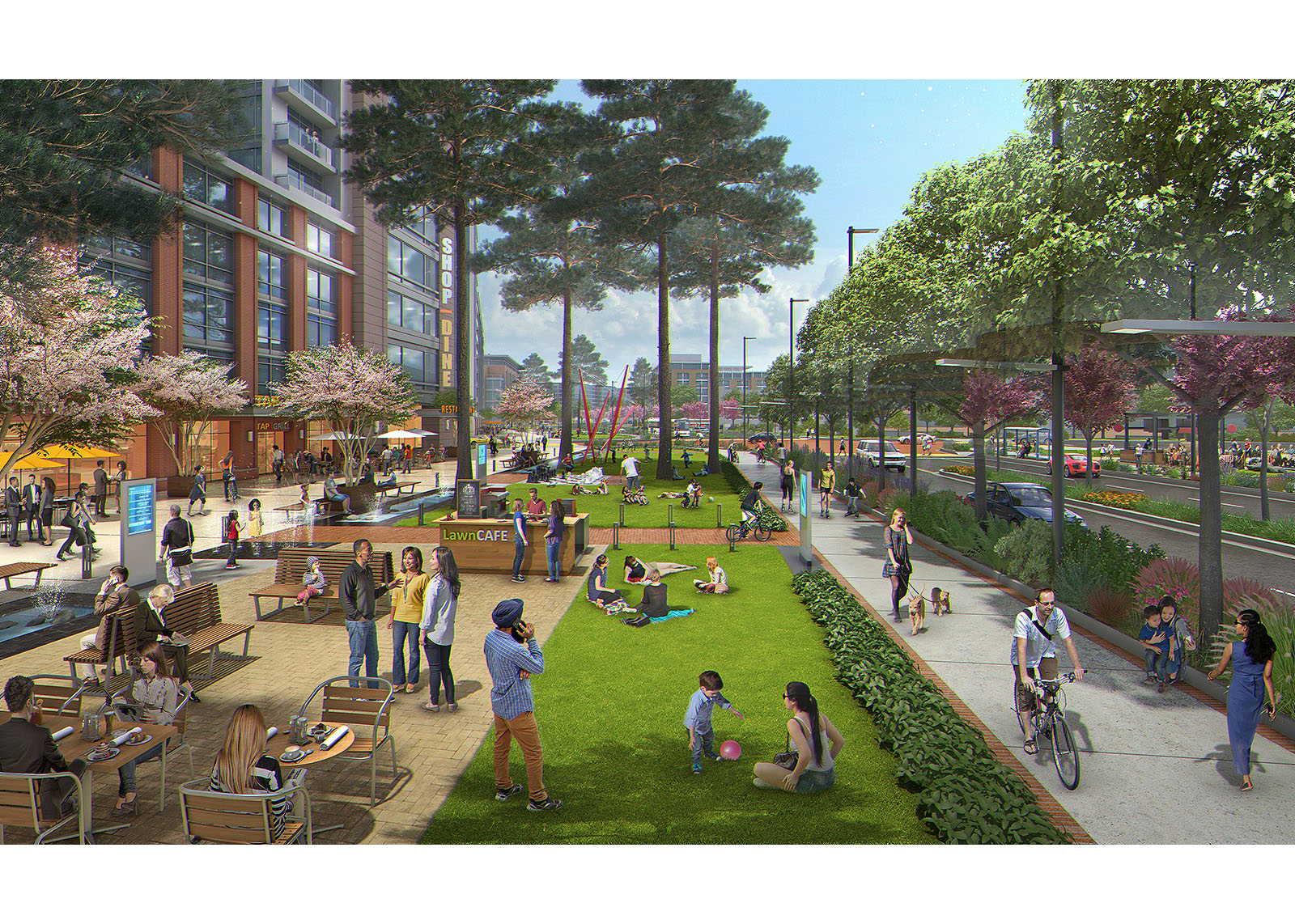 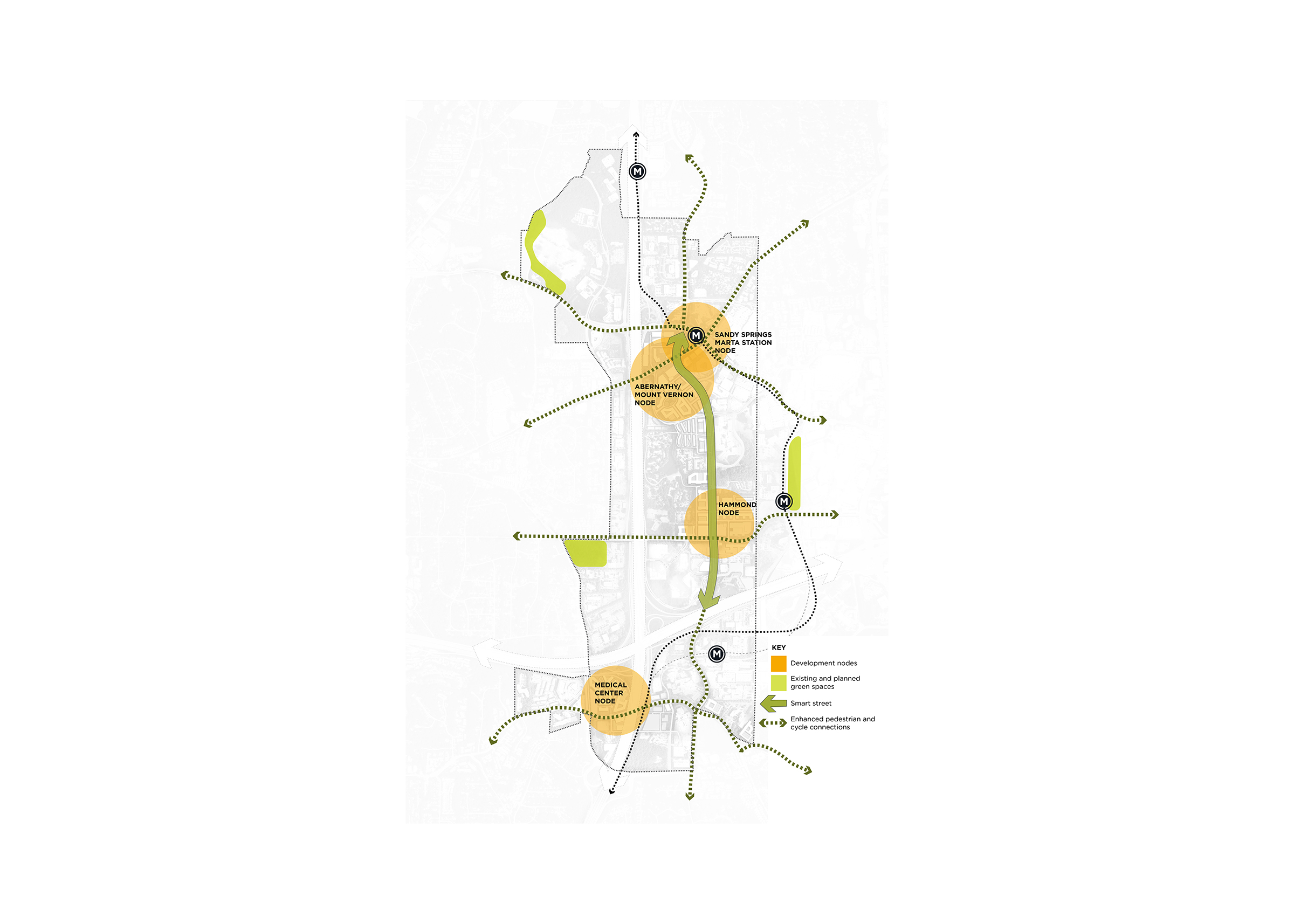 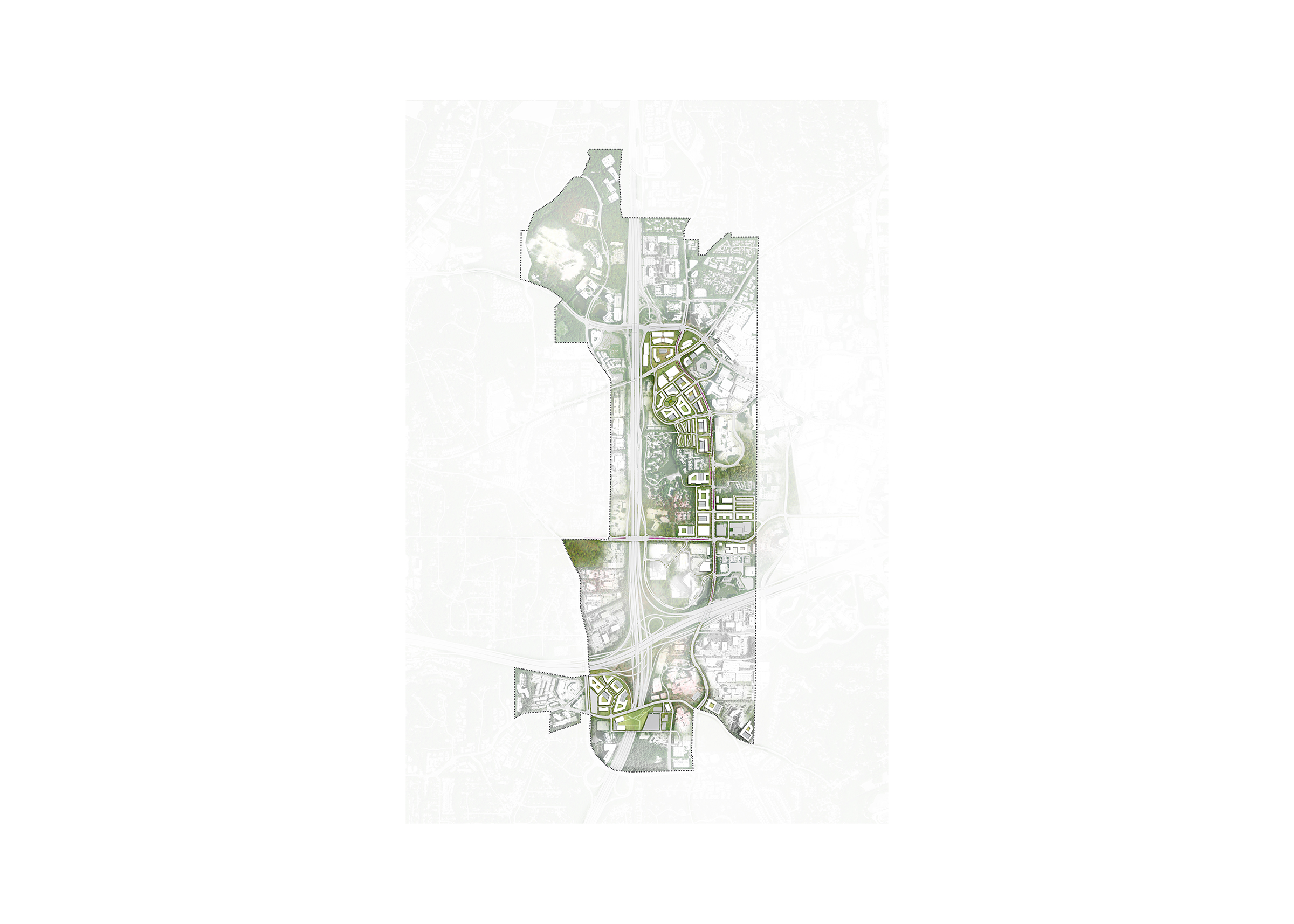 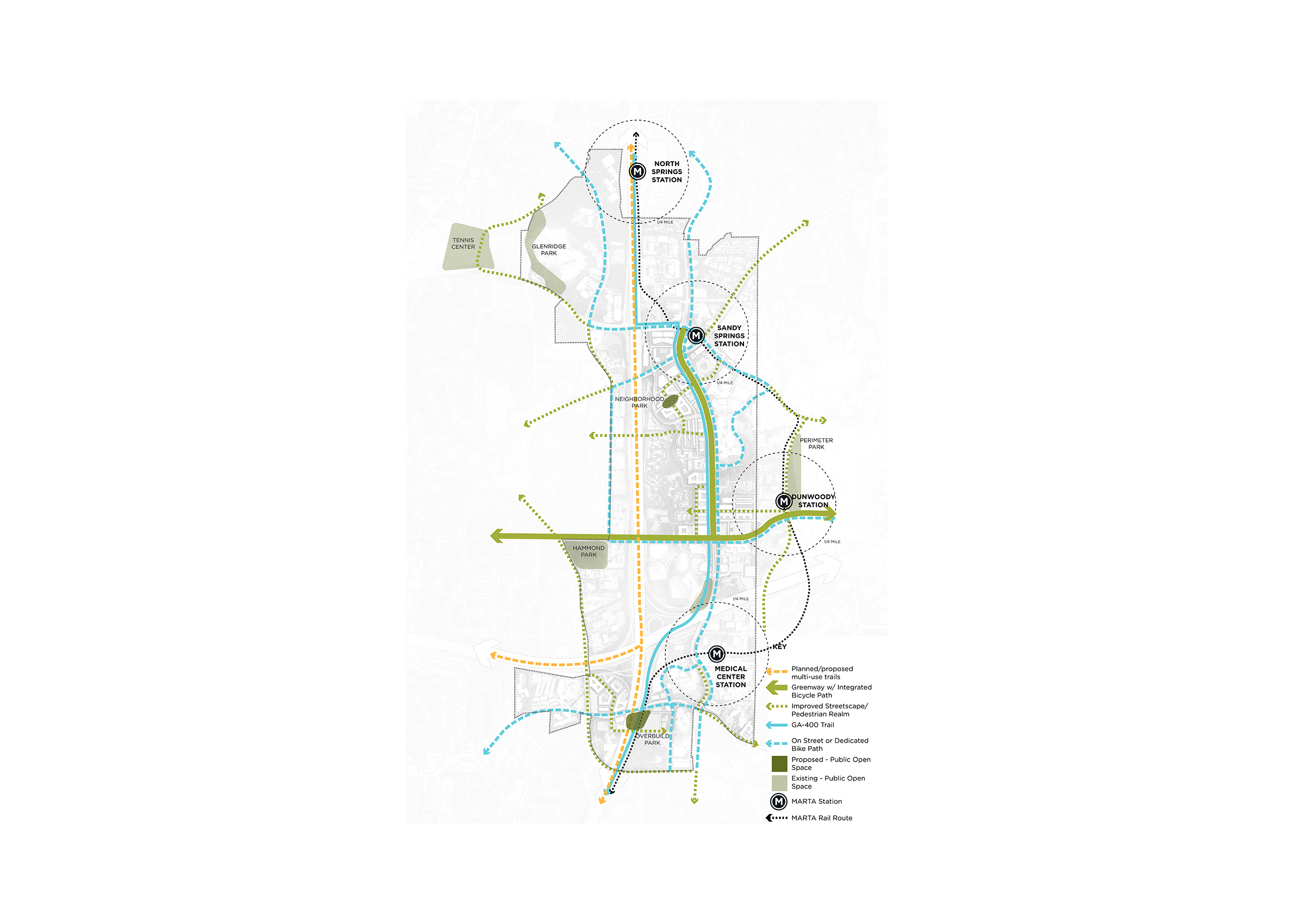 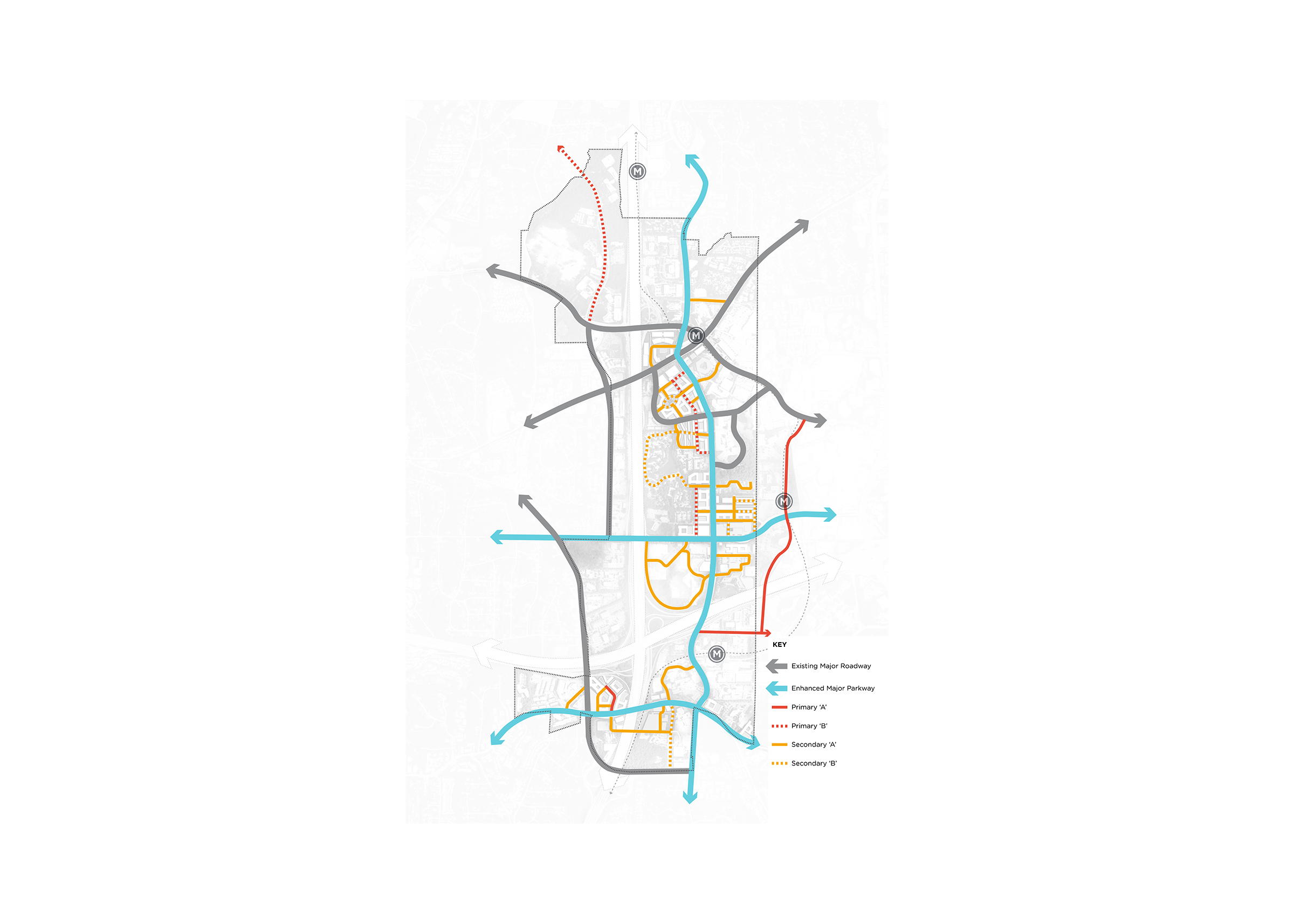 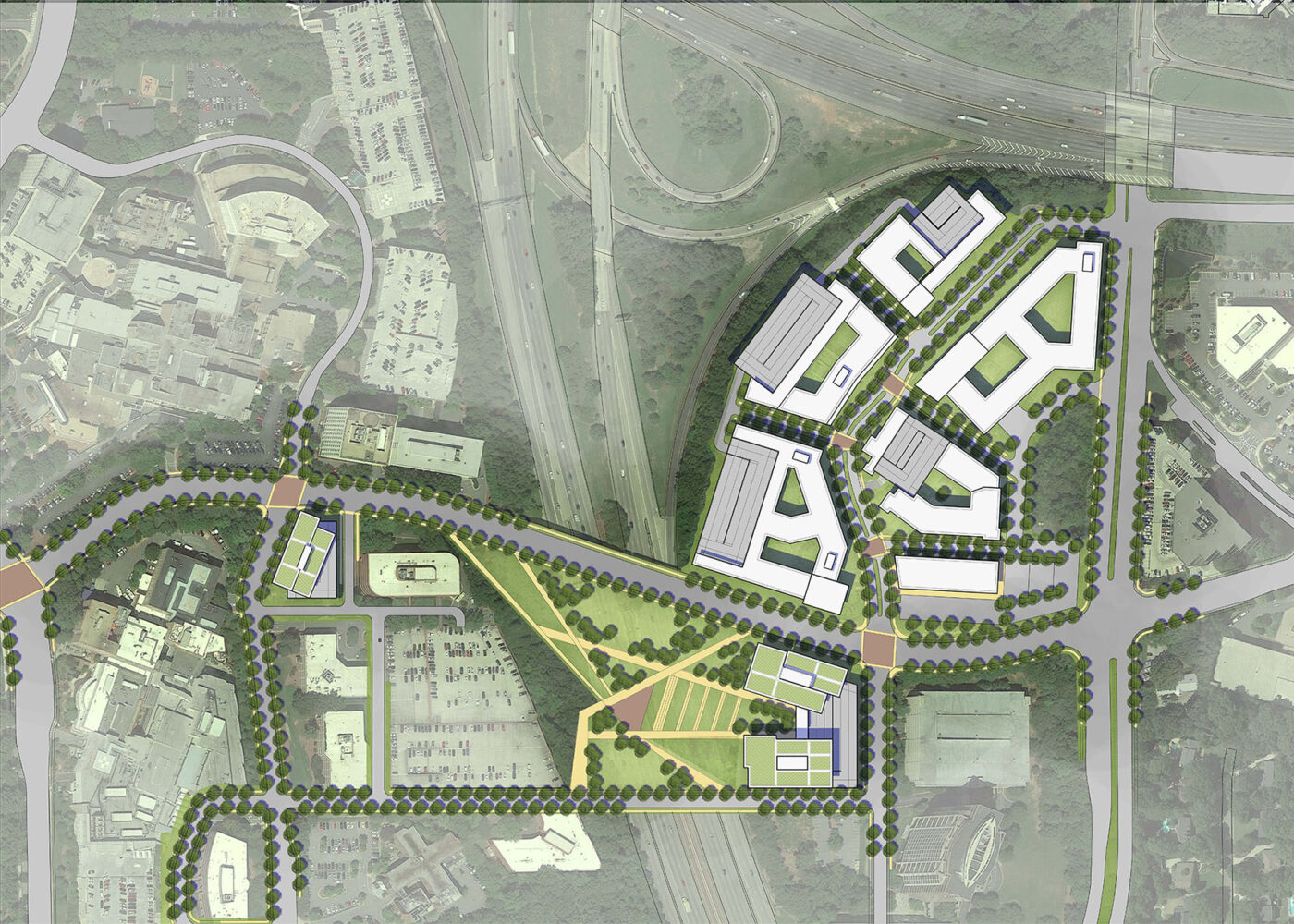 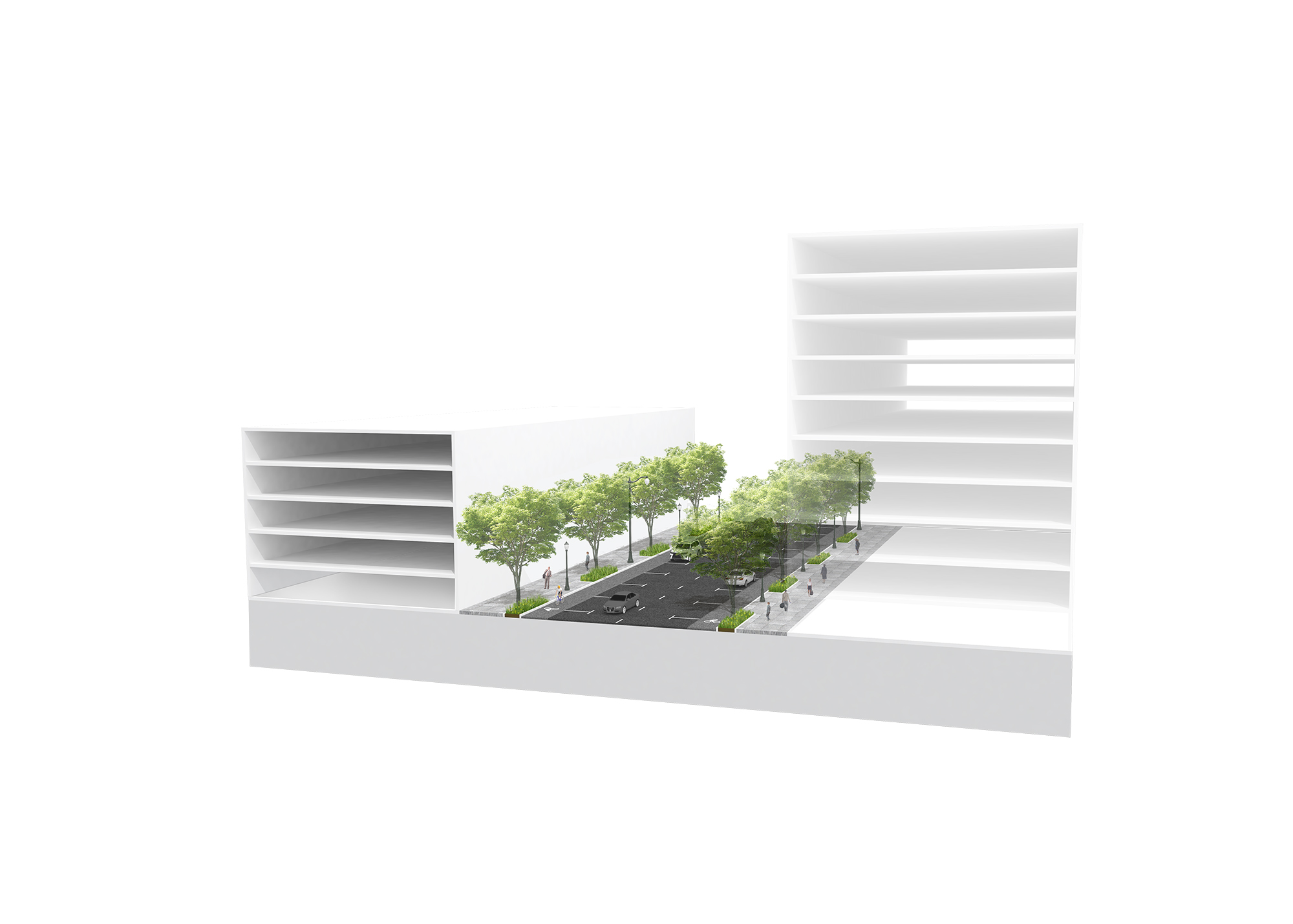